The Internet of Things (IoT) is central to digitalisation. IoT applications hold enormous potential for industry - from autonomous production to predictive maintenance and real-time logistics. The technology is paving the way for tomorrow’s intelligent factories as smart, networked machines, people and products form the basis of the smart factory. Thus, smart production is now at the centre of Industry 4.0, which experts are hailing as the “fourth industrial revolution”. Established companies and start-ups are now busy working on innovative IoT solutions in the industrial location of Hamburg.

Every fourth machine already smart, according to study

The fourth industrial revolution is already taking shape. Three out of four companies in Germany are en route to Industry 4.0, a 2019 study by Bitkom e. V. has indicated. On average, every fourth machine (25 per cent) in the German manufacturing industry is already connected to the internet. Meanwhile,  more than half of machines in every tenth company are already networked via the internet. Hamburg identified Industry 4.0 as a digital field of action in 2017 and anchored it in the Masterplan Industrie developed by the City of Hamburg, the Industrieverband Hamburg e. V. (IVH) and the Chamber of Commerce (HK) Hamburg. 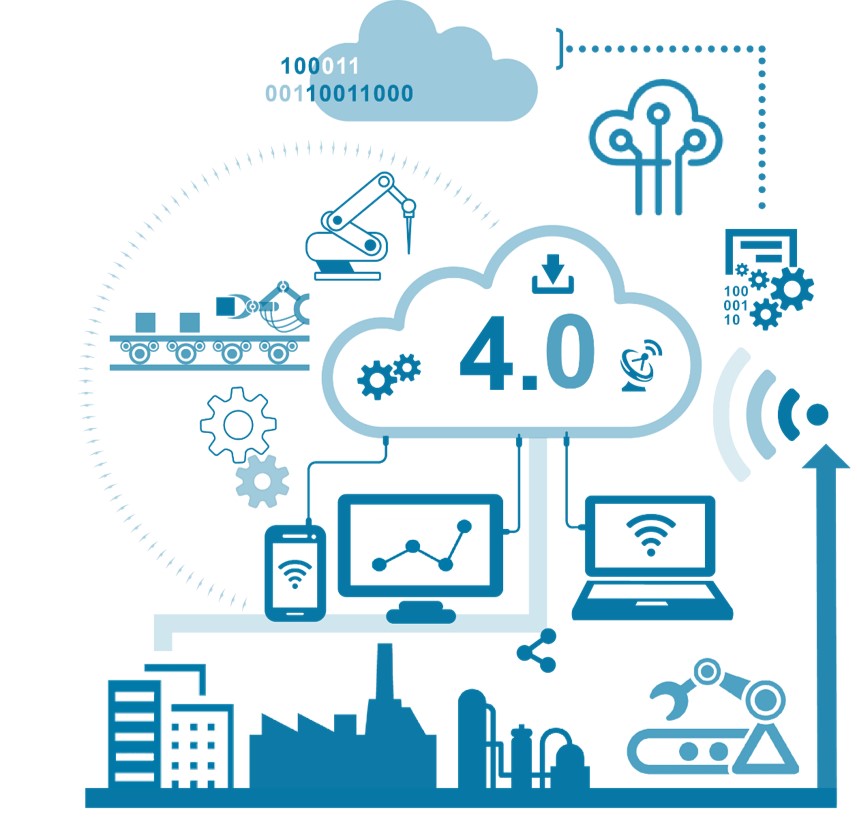 Once a year, Hamburg’s exhibition halls become the meeting point for industrial trade delegates focusing on cutting-edge production. Organised by Hamburg Messe und Congress GmbH, the Nortec trade fair features more than 400 exhibitors and showcases the latest technical developments and solutions for Industry 4.0. Digitalisation also tops the agenda of the Hamburg SME 4.0 Competence Centre based in the Chamber of Commerce Hamburg. Regular events there also highlight the Internet of Things and Industry 4.0.

"Concerns about data protection and security" constitute one of the most important arguments against widespread IoT activities in German companies, a study by IDG Research has found. The Cybus start-up, for instance, aims to dispel these fears. Founded in Hamburg in 2015, the company has developed software to protect sensitive data in a digital factory. The smart factory now benefits from the support of robots and networked production plants as well as real-time communication between machines.

The Synergeticon start-up teaches robots multitasking in a bid to make production as efficient as possible: "The robot does a rough scan of its environment with a multi-level sensor system at first to get its bearings. It then does a more detailed scan to solve certain tasks. The system is comparable to a self-propelled car," said Daniel Erdelmeier, co-founder of Synergeticon. The robots could take over physically demanding and monotonous tasks in future.

Breeze Technologies uses IoT sensors to generate data on the local climate and air quality in the spirit of the smart city. The cleantech start-up was named one of the most promising in the European Union in 2018.

Tests of Internet of Things in Port of Hamburg

The Hamburg Port Authority (HPA) is now testing various technologies including the Internet of Things as part of its Smart Port programme. The "Port Traffic Center" is set to test a superordinate control system for transport on water and roads and by rail in the Port of Hamburg. IoT sensors will be used to analyse the traffic situation in the port and on waterways. Since autumn 2020, a tech-playground has been emerging in Hamburg’s St. Pauli district, where disruptive key technologies such as the Internet of Things, robotics and AI will be made tangible for companies. Square Innovation Hub and Microsoft Germany are the brain behind the technology centre.

The Internet of Things (IoT) is a network of physical objects e.g., vehicles, machines, household appliances which are fitted out with sensors and interfaces and then connected to the Internet and exchange data. Thus, IoT is becoming the basis of communication for the smart factory – the term refers to a highly automated production process that functions almost without human intervention – and puts the smart factory at the centre of Industry 4.0.