The German government has established a national intelligence strategy for artificial intelligence to strengthen Germany's position in international competition. Hamburg plays a key role in terms of achieving strategic goals developed by the federal states. The Hanseatic city co-operates with north German AI institutes in Bremen and Schleswig-Holstein as part of the "AI-Sigs" project with the goal of setting up an "AI Space for Intelligent Health Systems". Hamburg also promotes the establishment of various hubs that pool AI expertise across the metropolitan region.

Businesses are showing keen interest in this commitment. German companies rate artificial intelligence as highly relevant technology, the "AI Study 2020" by the Deloitte auditing company has found. Some 79 per cent of the companies surveyed rated AI as "very important" or "critical to success", the study founding. Speaking on the founding of the Artificial Intelligence Center Hamburg e.V. (ARIC) in 2019, Michael Westhagemann, Senator for Economics and Innovation, said: "The forward-looking issue of AI is preparing the ground for the innovative capacity and competitiveness of our companies. Strengthening and promoting this potential is therefore of central importance to Hamburg.” During its first year in existence, the AI Hub has opened satellite offices in European AI hotspots such as the Czech Republic and Estonia.

AI.HAMBURG sees developments in China and the United States as an inspiration and aims to combine them with European know-how. Launched in 2019 with the digital network Hamburg@work, TUTECH, Hamburg’s universities and municipal partners, the initiative, promotes knowledge of and broad use of artificial intelligence in companies across region. The Health AI Hub Hamburg focuses on AI-based health solutions and forms yet another point of contact for companies seeking to expand to Hamburg.

The Health Innovation Port on the Philips Campus in Hamburg-Fuhlsbüttel is also a trailblazer of medical revolutions. Start-ups such as Darvis, which optimises security and processes in hospitals with AI, and jung diagnostics, a specialist in computer-aided analysis of neuro-radiological data, receive assistance with building and developing their business ideas there.

The number of start-ups relying on artificial intelligence has grown 15 per cent to 247, according to the AI Startup Landscape 2020 complied by the Initiative for Applied Artificial Intelligence. Commenting on the figures, Andreas Liebl, Managing Director of the initiative, stressed: "The survival rate of the included start-ups is 90 per cent. That is a great figure and shows that start-ups focusing on AI are also developing positively in Germany."

Money can also be earned with AI. Germany’s gross domestic product (GDP) is expected to grow 11.3 per cent by 2030 based on AI alone, according to a study by PricewaterhouseCoopers. That corresponds to around EUR 430 billion. Acceptance is also growing among the population. In 2019, 83 per cent of Germans could imagine communicating with AI compared to only 58 per cent in 2018, an online representative study by Statista has found. 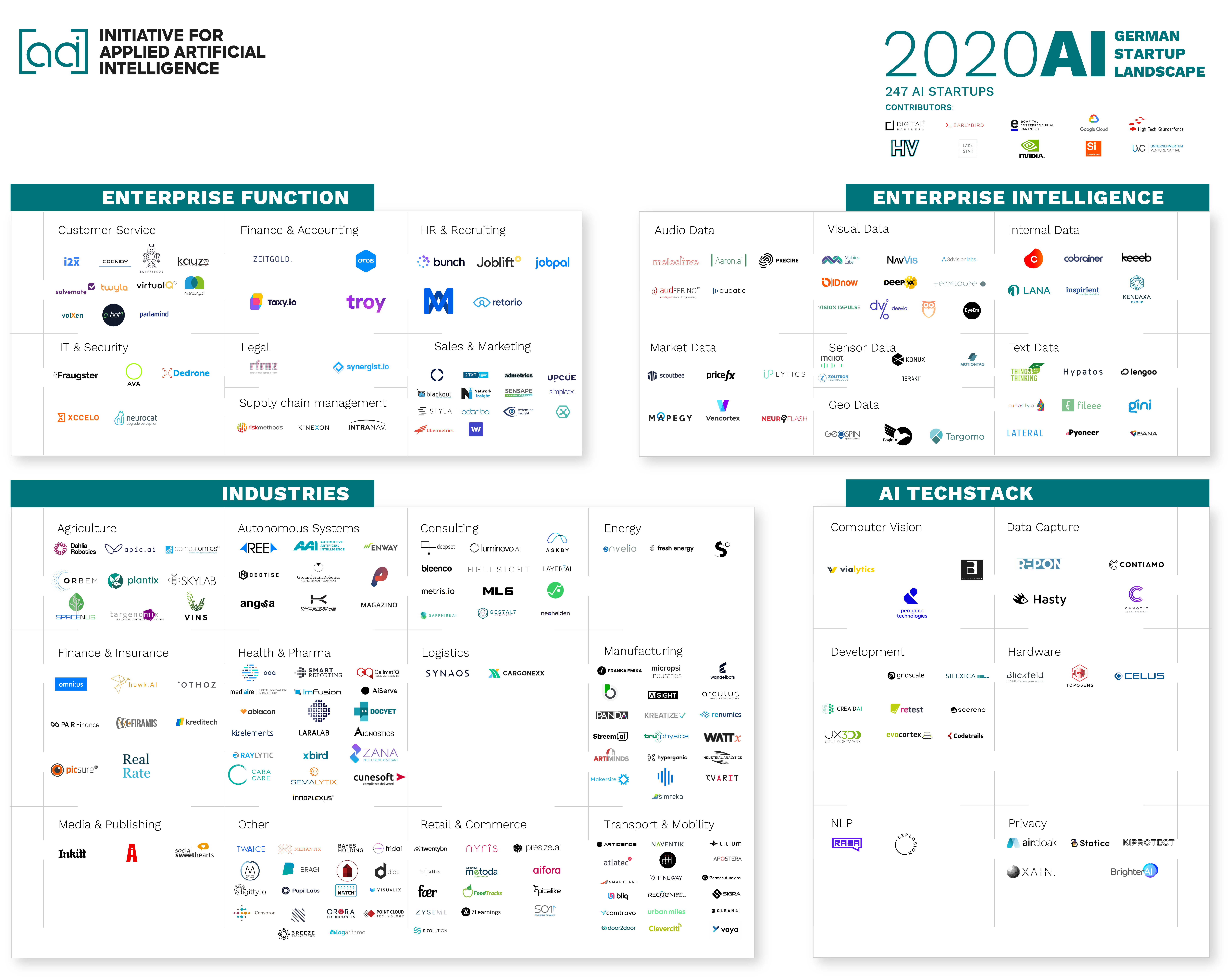 Industrial robots with special strengths or which are simply unappreciated by humans, or high precision robots used for incisions in surgery, have long since become reality. The path to the robotic car has also been taken. The autonomous minibus resulting from the Hamburg Autonomous Electric Transport (HEAT) project is now trialling passenger operations in the city. HEAT  is set to become a showcase at the ITS World Congress in Hamburg in 2021.

Computer performance similar to that of the human brain could be achieved by 2025, experts say and the singularity point i.e., the point at which the computing power of machines is superior to that of humans, could even be reached by 2050.

What is artificial intelligence?

If a computer's response is equivalent to or indistinguishable from that of a human being, then the former can be called “intelligent” true to the Turing Test definition formulated in 1950 by the British mathematician Alan Turing. Numerous milestones towards artificial intelligence have been reached in the meantime. In 1994, an IBM supercomputer called Deep Blue defeated world chess champion Garry Kasparov. Then in 2011, IBM’s question-answering computer named Watson, won the Jeopardy! quiz show. The AlphaGo, a computer programme that plays a board game called Go developed by DeepMind Technologies and later acquired by Google, beat Fan Hui, a professional Go player in 2015. Three years later, "Duplex", a new Google assistant feature, rang up a hairdresser and arranged an appointment itself.