A clean, secure and affordable energy supply is the basis for sustainable growth and the achievement of climate targets. But this is not the only reason why green hydrogen, generated from renewable energies, is one of the industry's beacons of hope. Green hydrogen and its downstream products (power-to-X) also open up new opportunities for decarbonisation in areas of mobility - such as aviation or heavy-duty transport - where electricity from renewable energies cannot be used directly. Forecasts predict that the hydrogen economy in Europe will generate more than 5 million jobs and 800 billion euros in annual turnover by 2050.

Hamburg aims to become a key driver of the green hydrogen economy – and is predestined to play a leading role thanks to its importance as a transport hub and industrial location, not to mention its research facilities. Experience shows that a secure and growing demand for hydrogen at economic prices is an essential prerequisite for the realisation of a medium-term self-sustaining hydrogen economy. Hamburg offers optimal conditions for this and has already created important prerequisites:

Ultimately, according to current estimates, Hamburg will have a medium-term demand of 100,000 metric tons per year of green hydrogen for the traffic flows directly associated with the port alone. 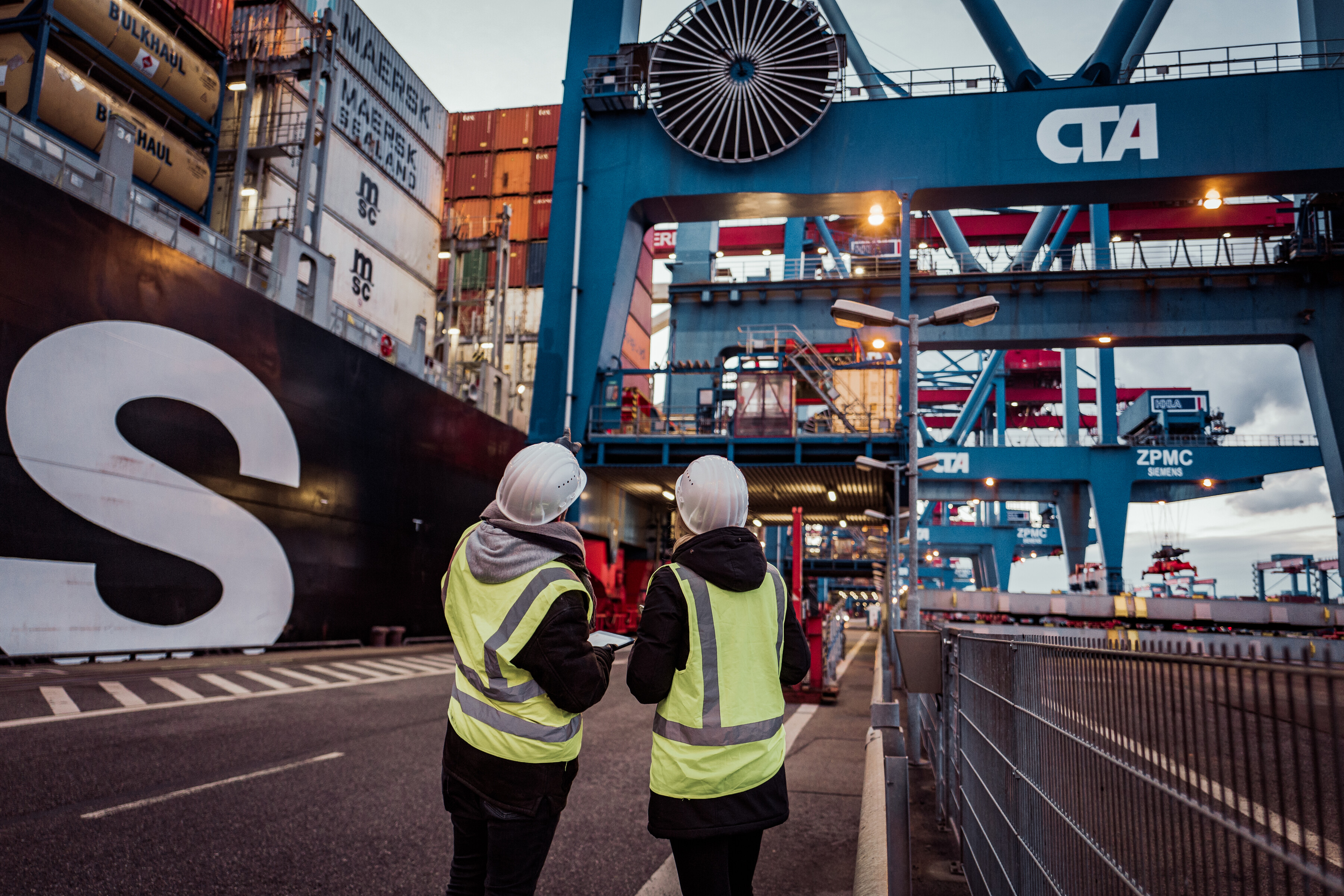 The growing number of hydrogen purchasers is predominantly located in the vicinity of the port, allowing for the entire hydrogen value chain - from production to storage and transport to the actual application in various sectors - to be realised on-site. The large industrial companies based here will benefit not only from the planned conversion of the gas network as an easily accessible and large-volume storage and distribution infrastructure for hydrogen, but also from the scalable production capacities of the planned large-scale electrolyser in Moorburg. In the medium term, particularly the import of hydrogen via the port offers the necessary security of supply and profitability for a growing hydrogen economy. 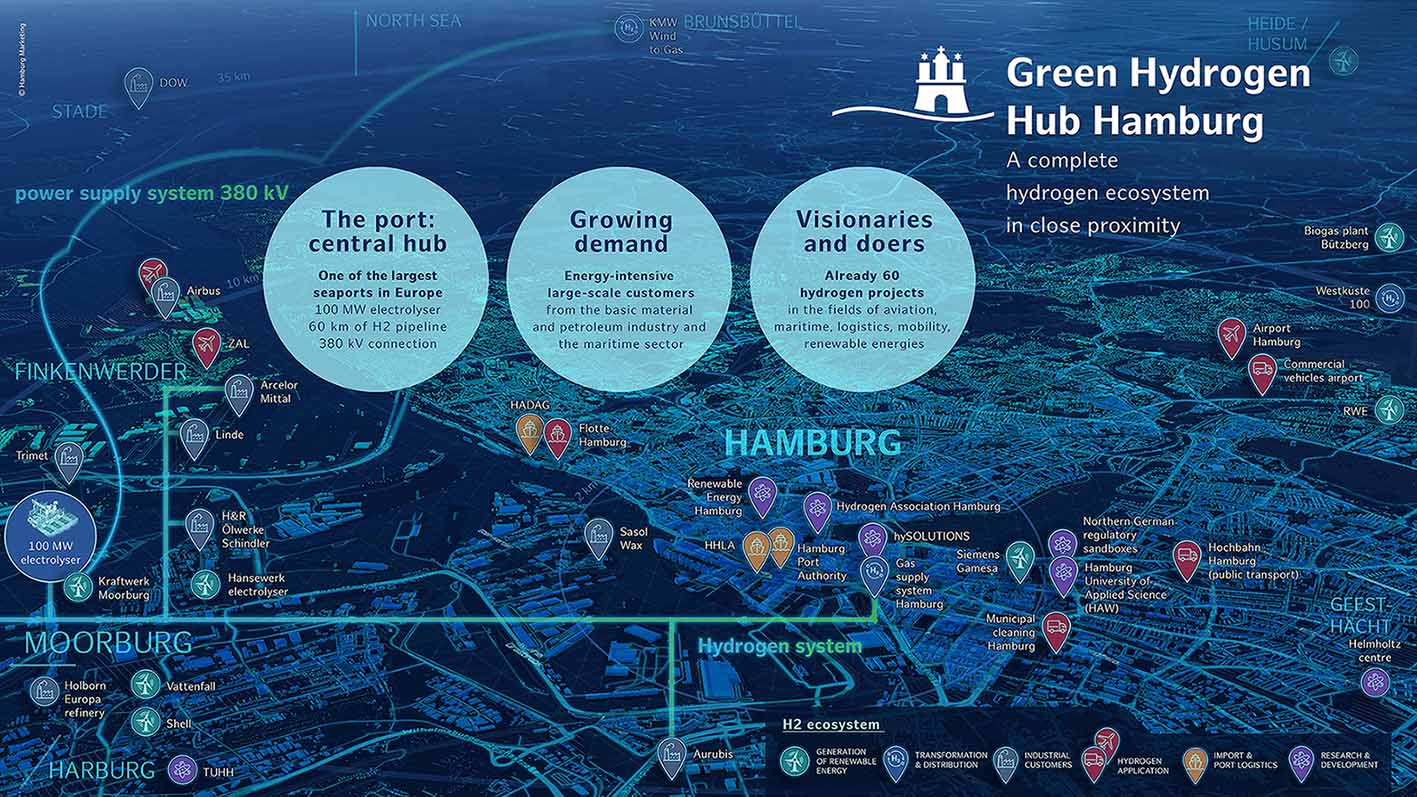 This infographic shows our strengths: a hydrogen ecosystem with short paths

And provisions have already been made for the future: There are already numerous declarations of intent from companies in Hamburg and the region that are interested in regular and increasing purchases of green hydrogen. Flexible pricing and supply models as well as strong political initiatives for adequate legal and economic framework conditions, for example for the procurement of green electricity, complete the offer.

In combination with the direct link to the renewable energy sector, this creates the best conditions for the development of a green and economically viable hydrogen economy as early as in the coming years.

With this, the second-largest city in the world's fourth-largest economy will become an integral and promising part of the Green Europe vision: 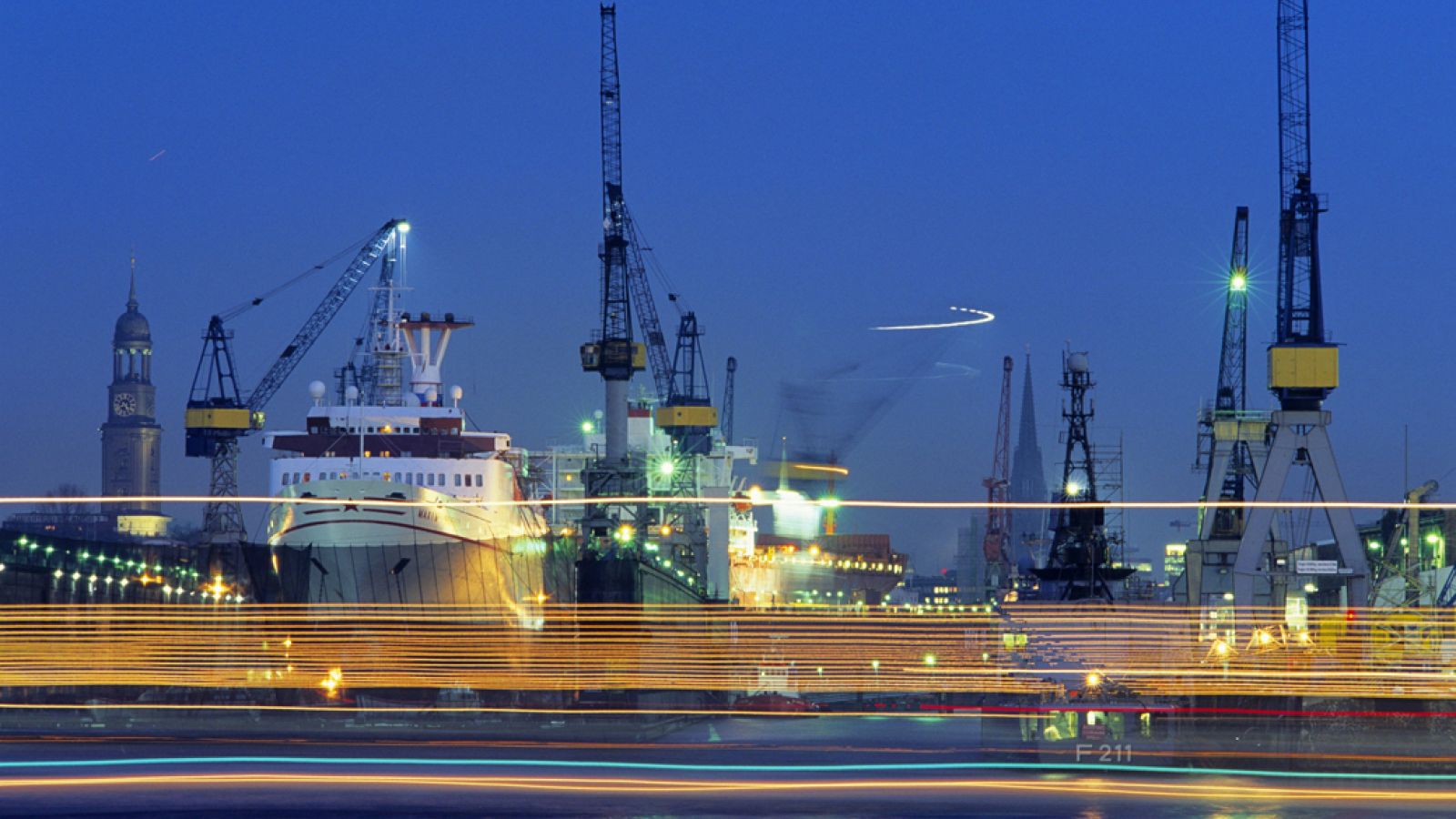 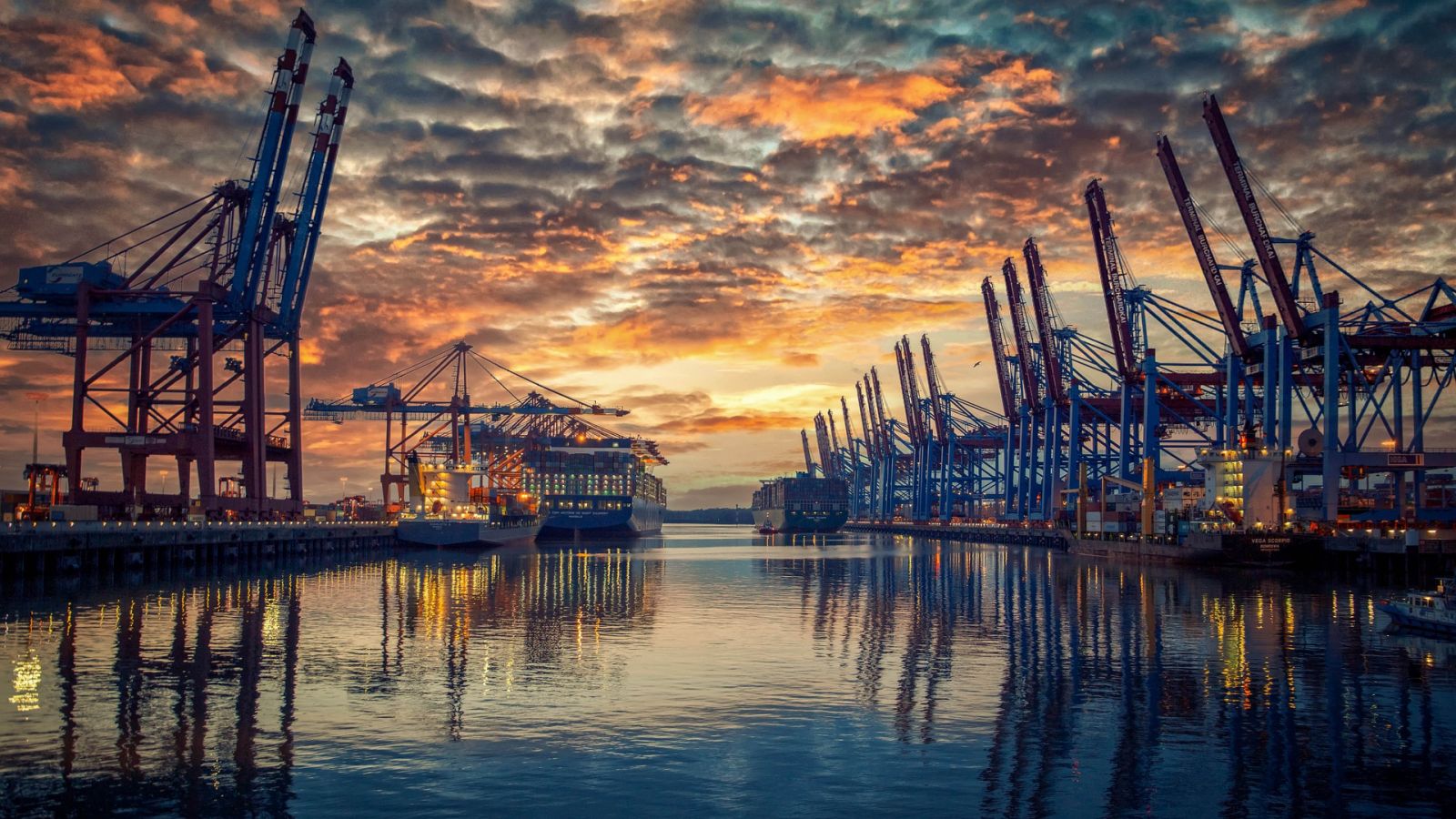 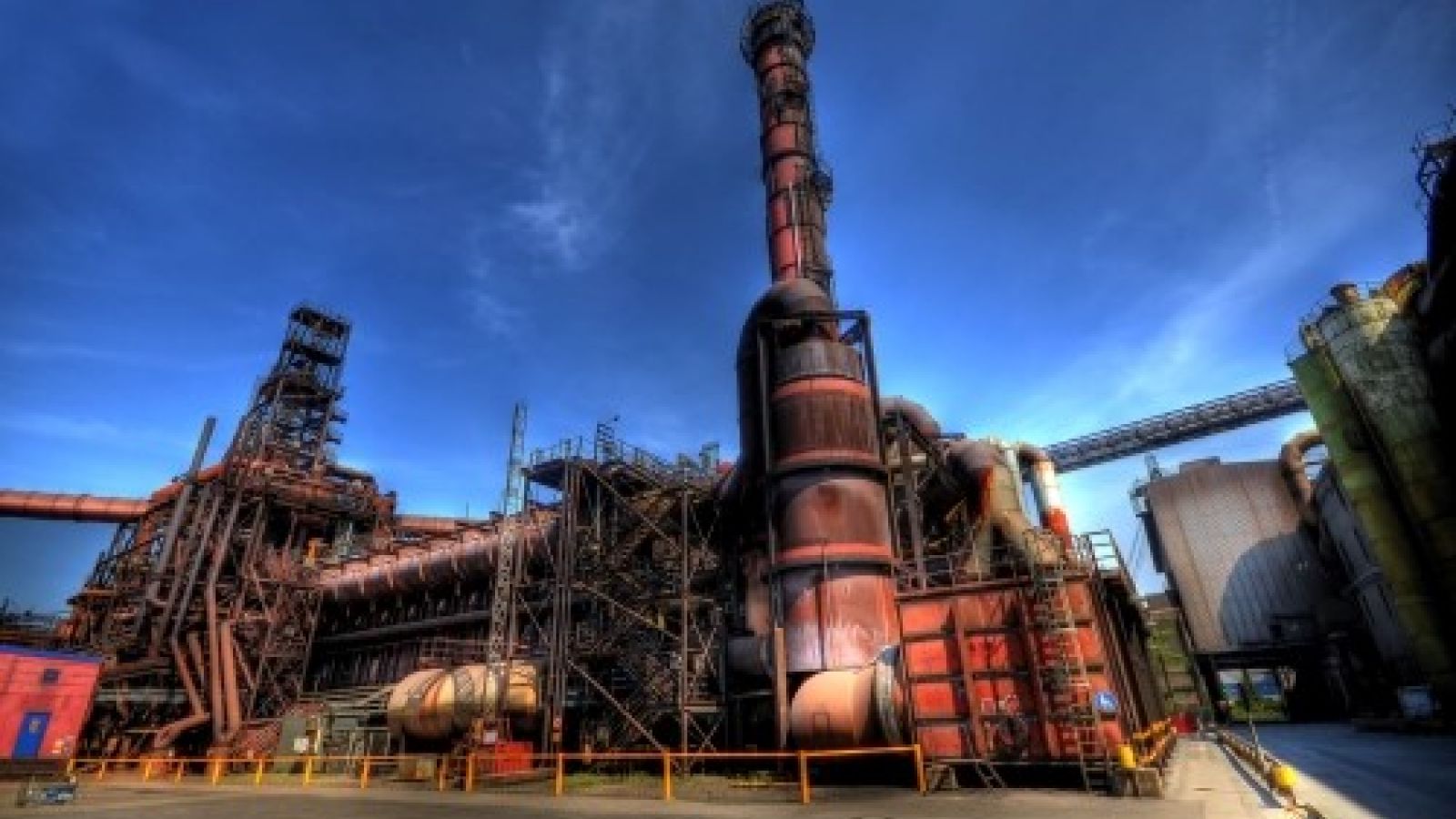